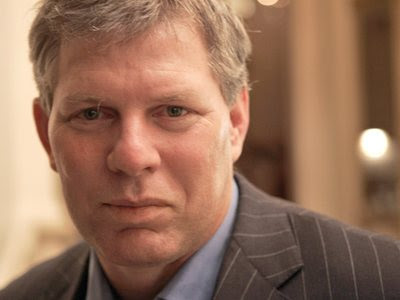 Someone should have talked Lenny Dykstra out of hitting the "publish" button:

To begin with, I had $100 million in assets when I filed my Chapter 11. It is also important for you to know that I did not get stupid overnight. I didn't make bad investments; every company that I have ever created or owned was and still is a winning company. And I sure as hell was not going to get on my knees, put my hands behind my head, and let this corrupt group of people masquerading as attorneys execute me -- as that is what bankruptcy is all about. Just because they do this to everyone else does not mean I was going to let them do it to me. The corrupt world of bankruptcy is best described as "the death chamber."

The so-called "grand theft auto" was never even brought; the case was dismissed. The theft was committed by them, as they stole a car I was leasing from Ford. Heck, it was only a Ford Flex.

I told them, "If you are trying to kill me, then you better put a bullet in my head because I am not backing down. Torture me all you want, I am stronger than you will ever know." So, they kept going, almost like the movies, except this was a real, living nightmare!

Over the last two years, they have basically stolen everything from me -- my family, my kids, my homes, my cars, my businesses, my reputation, my money, my life. But what they can never steal is my HEART and my FIGHT -- and at the end of the day, I will win and I will win big!

That's just sad. If his claims of police brutality are investigated, and if there is evidence that he was abused in custody, I will render an appropriate mea culpa. Is it possible that they actually had this man in custody, in his street clothes, for seven straight days without requiring him to wear jail attire? I have no idea. But, to read this is to wonder, in the larger sense, what the hell happened to this man? Why does he remind me of a less calculating, less savvy Charlie Sheen?
Even if you "steal" a Ford Flex, you have stolen a car. I don't think it was a good idea to basically admit to stealing a car by trying to excuse it away as being a less significant type of vehicle than, say, an Audi Q7 or some such vehicle. A bit of elitism creeps in here, and it might be tinged with that old notion of "entitled athlete." I don't know.
The court of public opinion is not where you want to discuss your bankruptcy issues. Now, virtually everything Dykstra has written will likely come back to haunt him in any kind of a formal legal setting.