The End of the Lakers As We Know Them? 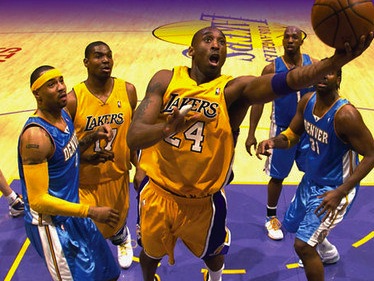 Every once in a while, an NBA dynasty gets blown up. The Los Angeles Lakers are the victims of the persistence of a certain Mark Cuban who finally has a team that can threaten to do something in the post season.

Tonight, the Lakers went down in four games, swept by a Dallas Mavericks team that held Kobe Bryant to 17 points. Phil Jackson tried to work the refs and, apparently, if failed.  The big story of the game has to be Jason Terry hitting 9 of 10 three pointers and garnering 32 points in what had to be a statement victory. Beating the Lakers 122-86 MEANS SOMETHING in the NBA. It means Los Angeles goes away and has to figure out what to do next.

I think it means Los Angeles parts ways with Phil Jackson, for good, this time, and that a new team will have to be built around Kobe Bryant. If not, expect more struggles, I would imagine. Dallas now has bragging rights that cannot be ignored.

Anything less than the NBA Finals and we're talking a major failure on the part of the Dallas Mavericks, however. Getting past Los Angeles is a big deal; failing to accomplish everything that has to be done after getting past the Lakers is what will cause Mr. Cuban to go blow up his own team as well.
at May 08, 2011