This is Good News for Summer 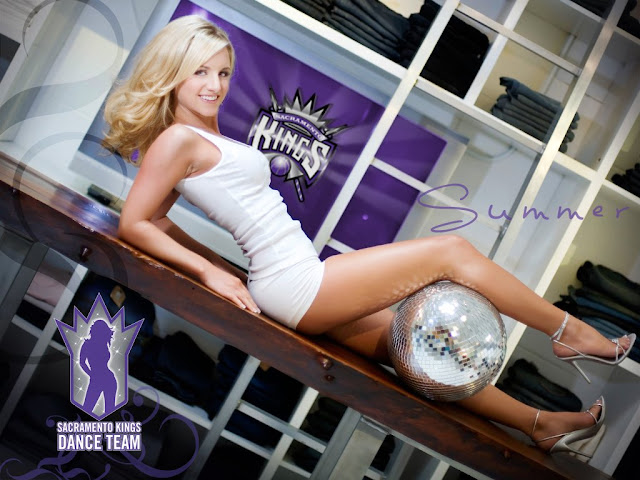 The Sacramento Kings are staying in Sacramento, at least for now:

The Kings and the NBA gave Sacramento one last chance to prove it deserves to be an NBA city.

Now it's up to Mayor Kevin Johnson and the business community to come up with a viable plan for a new arena after so many failed attempts in the past.

"This is one of the proudest moments of my life because the community believed when no one else did," Johnson said Monday. "We kept believing. And if you believe, anything is possible."

The decision by the Maloof family to keep their team in Sacramento rather than apply for relocation to Anaheim, Calif., is only temporary. Co-owner Joe Maloof and NBA Commissioner David Stern made clear that the team will leave after next season if an arena plan is not in place.

I was up all night, worrying about poor Summer, and the rest of the dance team (as well as the vendors and the front office people and the seasonal workers at the arena, of course).

Is Anaheim a viable option? Would they play in the same arena where the Ducks play because that would make sense, I guess. How is it that Baltimore, Maryland doesn't have a professional basketball franchise? Shouldn't someone parachute in there, build an arena, and take some money away from the awful Wizards?

If the team had been forced to move to somewhere like El Paso or Des Moines, would that work for Summer and the rest of the ladies on the dance team? Would they move with the team or would they have to relocate to other cities? Would they be able to stay together? I mean, you have to think about what's important.