The Fallacy of Power Rankings 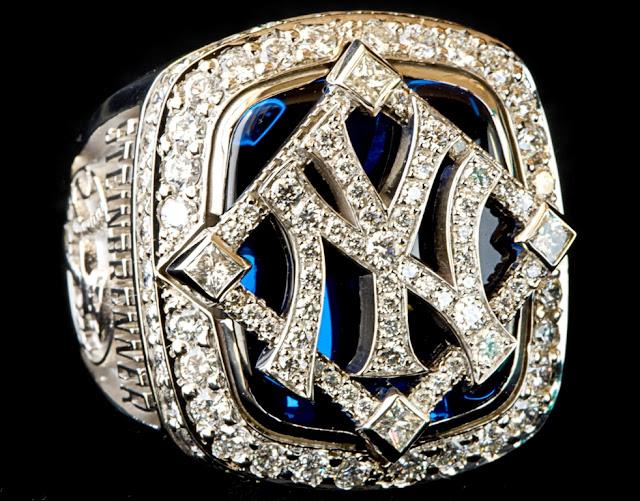 When the baseball "power rankings" are this poorly thought-out, they have no value:

The Rangers, who have won eight of their last nine games, are this week's U.S. Army Team of the Week.

So ESPN, which has a vested interest in making sure that their network gets maximum viewership for Major League Baseball games, has a feature on their website which touts the New York Yankees as the "best" team in baseball right now. And nothing says ratings more than a Yankees-Red Sox rivalry, right?

Look, anyone with any kind of analytical skills can look at the actual league rankings of the teams and figure out what's going on here.


New York has the highest differential ranking, but does that really mean that they are the best team in baseball?

Let's look at St. Louis. On the 5th of June, they had just spent a week getting pummeled in San Francisco. Philadelphia had just been beaten up by the lowly Nationals. Cleveland had just had problems winning games as well, getting swept by Texas. Texas, of course, had just swept Cleveland and Milwaukee had a better week than any other National League team, handling their games against Florida and Cincinnati.

So, if you look at the week that the Yankees had, they had just swept the last-place Oakland A's and were going into a series against the Los Angeles Angels with a loss. They had split a series with Seattle. Compare that to the killer week that Texas had, sweeping a team with a better winning percentage, the Cleveland Indians.

How can you make a power rankings statement that says that the Yankees are number one, given where Texas was that week? It's ludicrous.

All of these teams are very evenly matched right now. No one is dominating baseball. But, clearly, Texas is doing something right by sweeping a very good Cleveland team, and that's far more significant than going out to Oakland to feast on their misfortune. I think there is something to be said for the fact that putting the Texas Rangers on television isn't going to make ESPN as much money as it would to put on the Yankees. And this is where the fallacy of the superiority of the New York Yankees comes into play. It simply doesn't stand up to any kind of analysis, week in and week out.

ESPN knows that it has to cross-promote its product. The magazine, the web site, the localized entities that are out there now, and everything they own has to drive viewers back to their television channels (ESPN and, of course, the Deuce, to name just a few). Since they're shelling out huge dollars for baseball, it stands to reason that the corporate bottom line has to dictate that any and all entities within ESPN have to point right back around to this really hard to defend notion that Major League Baseball begins and ends with what is not that great of a Yankees team this year.