Is This an Isolated Incident? 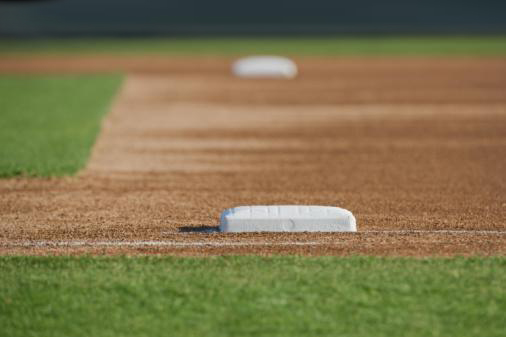 The first thing you want to know when you hear about kids and baseball and adults brawling and all that is "what the hell really happened?"

Police charged three parents -- including the town prosecutor -- with third-degree assault and disorderly conduct after a brawl during a youth baseball tournament put a player in a hospital, a city official said Monday.

The fight involved at least six adults during a game for 12-year-olds, and police were still trying to sort out what triggered the brawl and who was involved, KUSA-TV reported.

The defendants insisted they were trying to protect their children from attack.

"It's really unfortunate for the kids that play," police Lt. Tim Gorman said. "You're taking the whole fun part of it out."

Andrew Lee Carlson, his wife, Shannon Carlson, and Christy Ausmus, a prosecutor contracted by the town of Castle Rock, were charged after the June 26 melee, town spokeswoman Kim Mutchler told The Associated Press.

Shannon Carlson and her son said they were trying to dispute an umpire's call when the fight erupted, according to a police report. Ausmus and her own son also were at the scene in a pavilion near a ballfield.

The story goes on to describe a situation where some adults got into a fight with each other because their kids were fighting. I think this is where being overprotective can sometimes have a detrimental effect on a kid's social development.
However, I can see the case where you have to get someone else's kid off of your kid.
So let's back up. It's a youth baseball game, and there's an argument. As a parent, are you escalating this argument or are you looking for a way to defuse the situation? Every time you read about one of these experiences, the news story or the sports writer or whoever never seems to ask the question that I would ask, and that question is, "what made you lose your shit?"
The moment where you lose your shit and start pummeling another human being because of something that has happened at a youth baseball game is the moment where you have to admit that you're incapable of handling simple social interactions. I think this is the point where you have to start planning that isolated bunker compound in Idaho.
Leave your kid with someone who can handle the youth baseball games, of course. You don't want your kid to end up incapable of functioning in a polite society.
at July 11, 2011