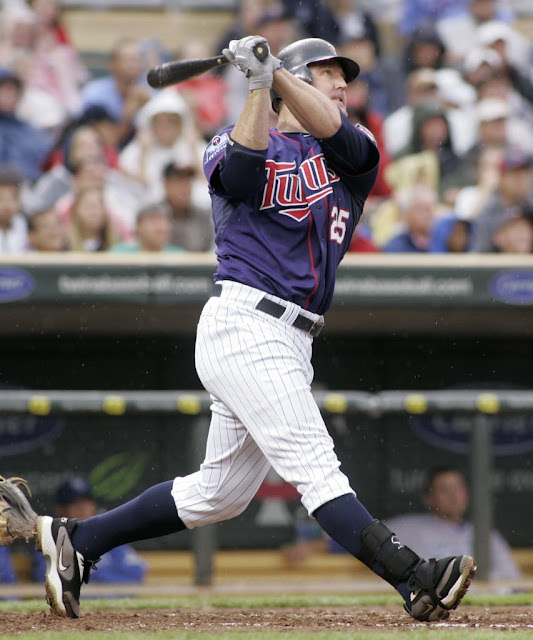 Jim Thome is on a pace to get to 600 home runs this year, easily, and he'll probably add a few more: 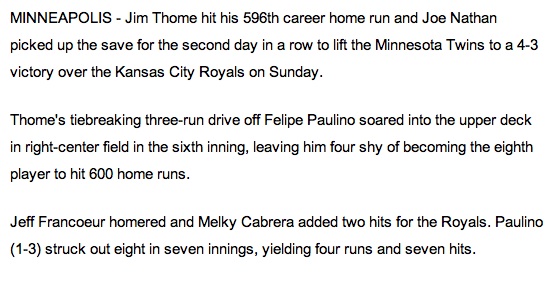 I would say that Thome is to be celebrated solely because he has not been tainted by the steroids scandal. He has had a career full of solid numbers, reaching a peak of 52 home runs in 2002. He lost an entire season--the 2009 season--and he is reaching the 600 mark after 21 seasons in the big leagues. Thome is no where near the 3,000 hit club and he doesn't have instant Hall of Fame numbers. But, should he go to the Hall of Fame? Yes, eventually.

Greatness hasn't eluded Thome. He has been a very feared power hitter for a long time. The problem is, he doesn't have much to hang his hat on. A few batting titles and an MVP award or two would have helped him.

What really matters is that he's helping his team win ballgames. Everything else is just for show.
at July 17, 2011