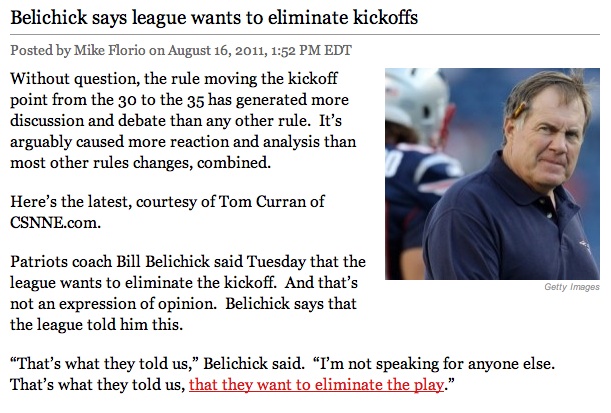 The idea of eliminating the kickoff from National Football Games has some legitimacy, I would say. Football has eliminated certain plays already--most notoriously, the play where a defensive player can actually hit the quarterback.

Purists be damned. Money is the most important thing in football, period. Not having to pay a weirdo a few hundred grand per year to stand on the sidelines and look scrawny would help improve the game.
at August 16, 2011