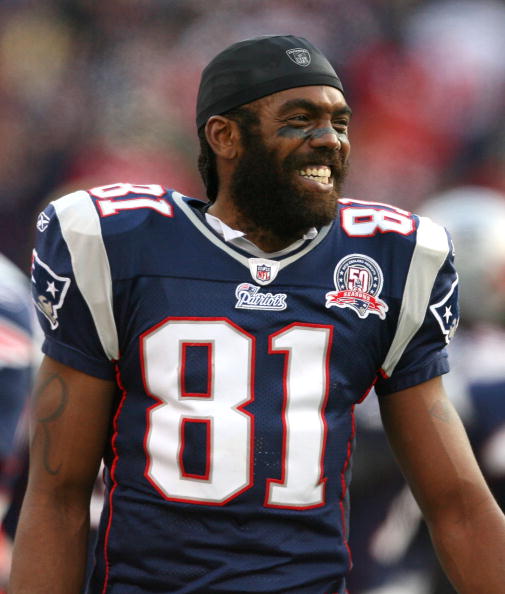 In this age of the 42 and a half year-old professional athlete, it's a shock to see Randy Moss retire so young, but, there it is. He's called it a day: 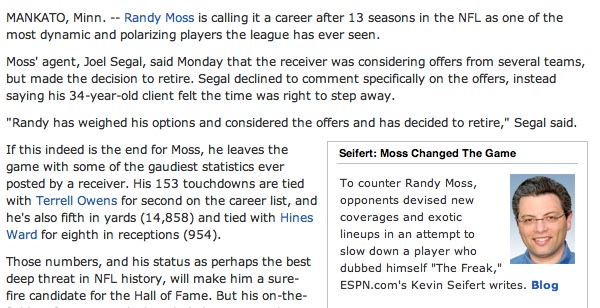 Randy Moss never found a place in the NFL where he could be himself and play with a team that wanted him around. Too often, he found himself playing with scrubs and has-beens, or, in the case of the Patriots, with a team that just didn't think he was their guy. I suppose there will always be those who say that he was a head case. Well, so what? Even a head case can play the damned game. The NFL is full of head cases. Randy Moss was just one of the more talented head cases.
at August 01, 2011