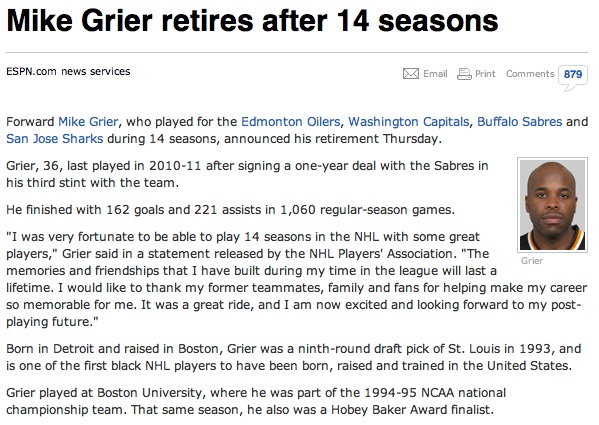 There are many players who play in the National Hockey League, and their contributions are largely ignored or appreciated only by the real fans of the game. Mike Grier's retirement is worth a blog post. When black players began to play the game, they endured a great deal of ignorance.  In the mid-1990s, black players were still not welcome on the ice, and faced taunts from players and "fans" alike. These taunts are still a present-day part of the game.

Mike Grier met those taunts, threw a few back of his own, and played the game well.
at December 01, 2011