This is Why No One Missed the NBA 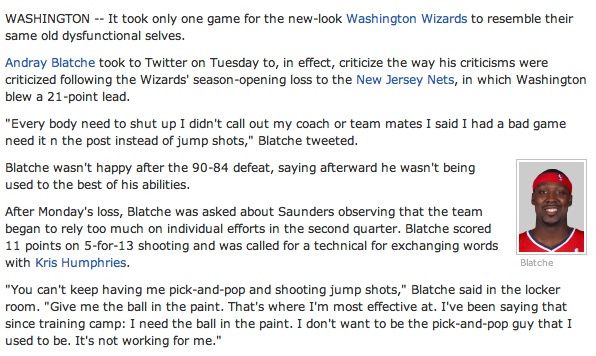 Forget the fact that Flip Saunders is coaching the Washington Wizards--where the hell did that move come from?--and forget the fact that these guys have been sitting around playing video games all year (allegedly). The product that the NBA puts on the court is laughable. It's awful. It's atrocious.

All you have to do is watch one top-25 college basketball team play in a regular season game. Just one. Against anybody. And you'll see better basketball there than you will between whoever and the Miami Heat or between the Lakers and anybody else.