Does Anyone Care What Happens to the Minnesota Vikings? 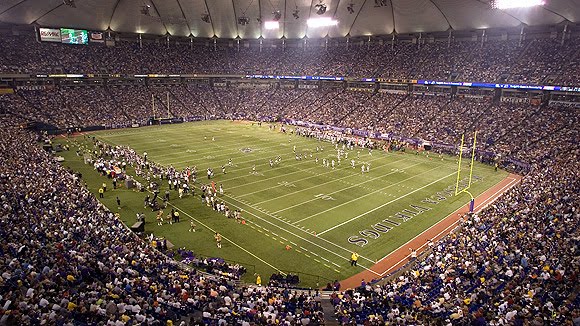 I had to laugh at that last little "editorial."

"Only" 39% would prefer that the franchise depart the state? Really?

Those are pretty devastating numbers. Nobody wants to save the team by handing them a one billion dollar boondoggle in the form of a rapidly-deteriorating in value stadium in which only the Vikings would actually play in and no one figured out that, when the Minnesota Twins built their outdoor stadium, it was the death knell for the Vikings. All they needed to do was find a way to accommodate those eight games that the Vikings play during the regular season (playoffs be damned). And when they didn't, I knew that the end was near for the era of professional football in Minnesota.

Please. Spare us the drama. Move them out of Eden Prairie in the dead of night and put them in Las Vegas or Los Angeles or San Antonio.

The Minnesota Vikings are a failed, rudderless franchise that never found decent ownership or rose to the level of the top tier franchises in professional football. The only team chasing themselves into the basement faster are the Jacksonville Jaguars and the Washington Redskins, and even they have relatively decent places to play.

There's nothing wrong with the Hubert H. Humphrey Metrodome, by the way. It's the perfect place for a failed NFL franchise to play. It's paid for, it has working toilets, and sometimes, on a good Sunday afternoon, you can actually hear the fans who show up.
at January 27, 2012