Bill Belichick is a Stern Taskmaster 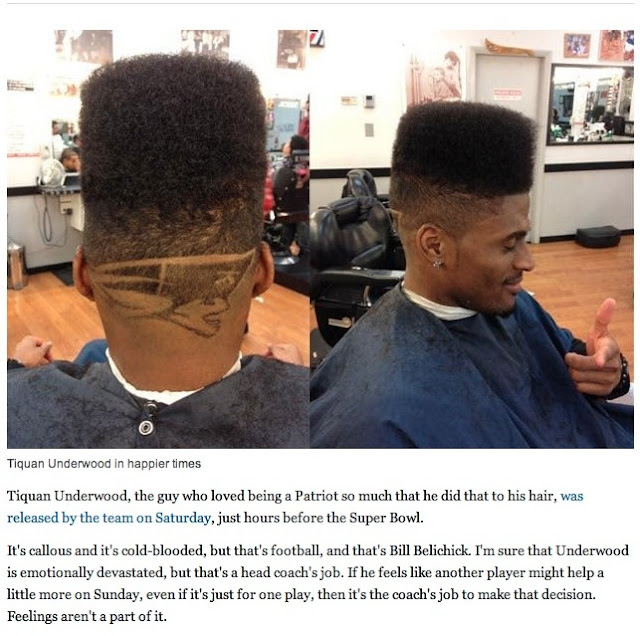 The NFL doesn't run on loyalty, feelings, or sentimentality. The NFL runs on pure, unadulterated violence, bile, and hate. Money helps, too, but with money comes a level of desperation most civilians will never understand. Tiquan Underwood probably understands that now today more than any other player alive.

Don't you sort of think he'll come back next year and play just a little harder? And don't you think Belichick is calculating whether or not that will help his team or hurt his team?

I can confirm for you that Underwood, in his Patriots uniform, appeared on at least one "thank you to the troops" message for Armed Forces Network. These were probably filmed during media availability time and well before he was cut.
at February 05, 2012