Cris Carter Should Be in the Hall of Fame 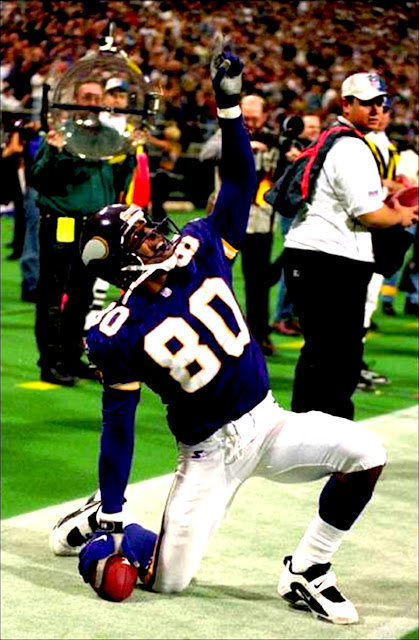 Can a player's "likability" affect whether or not he goes into the Pro Football Hall of Fame? 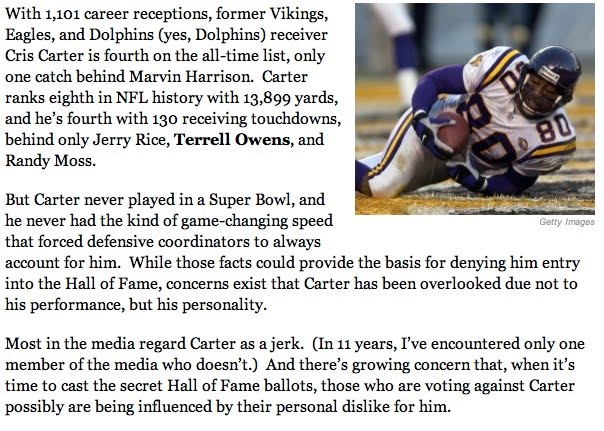 I can't really dispute the part where Carter has not gone into the hall because sports writers do not like him; I do think it is a shame if that is the case.
Whenever I would watch Carter play, I always figured he was Hall of Fame material. He was one of the few players that the Minnesota Vikings could count on. He was professional, consistent, and always played to an extremely high level. This became apparent after his first few seasons in the league.
To suggest otherwise ignores the fact that the Vikings really never had anyone who could consistently throw to Carter. In the span of a few years, they had Warren Moon, Brad Johnson, Randall Cunningham, Daunte Culpeper, and Jeff George and had some success and some rather notable collapses. This, and the fact that teams used to isolate him and double-team him because he was one of the few stars that the Vikings could put on the field, is something that I specifically remember. I can certainly be wrong, but I used to marvel at the fact that Carter would catch passes while being covered by at least two players.
So, I would heavily dispute the notion that other teams did not try to shut him down; for many years, the Vikings had little or no running game and their offense used to run through Carter and Randy Moss, at least when the two were paired up, briefly, towards the end of his career. What would be the biggest knock against him? The year they went 15-1 and lost to Atlanta, obviously. How was that Cris Carter's fault?
Now, bear in mind. I hate the Vikings. But Cris Carter deserves to go into the Hall of Fame.
at February 11, 2012