Charles Barkley Is Going to Want to Take This Back 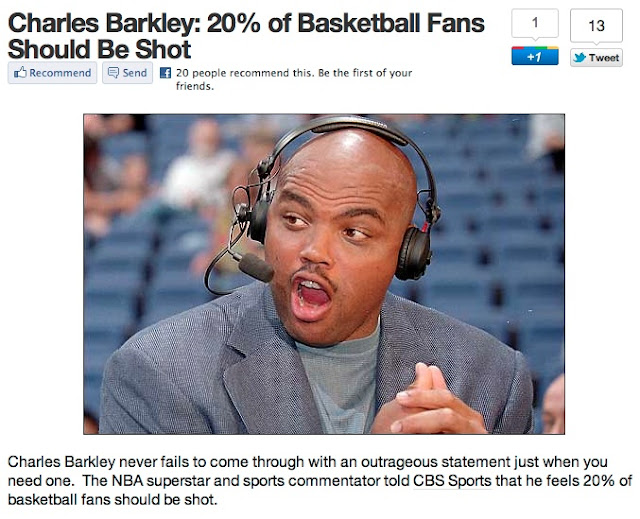 I think that there is a lot of frustration behind what Barkley is saying here. And that frustration has probably landed him in a bit of trouble.

His frustration is with the ignorant fans who shout some really horrible things at NBA games. Don't condemn what he's saying if you've never been to an NBA game. It's amazing what people will actually say to players and what they will say about players. And here's a man who's been working at games in the modern era and playing games since whenever. Attacking his credibility just isn't possible right now.

Will this spell doom for Charles Barkley? You know, it very well could. But there's a lot behind what he's saying that people just do not understand.