This is One Way to Break a Strike (and a Team) 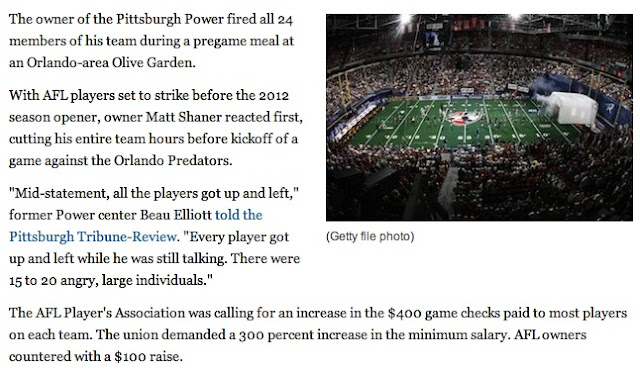 Basically, these guys were playing for peanuts. They were playing to arena football fans, and they could have been making a few thousand dollars a game, no problem. And I don't care how the owners do the math--if you charge what they're charging right now, and if you can't make money, there's something wrong with you.

This is what an arena football game costs right now. I picked this one at random, by the way: 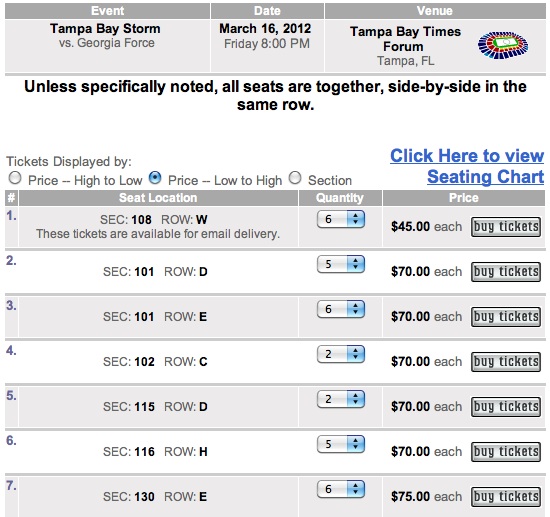 The venue, called The Tampa Bay Times Forum, seats 19,500 people for arena football. And they have exactly seven goddamned tickets left for the game coming up this week.

That's right. The box office receipts are going to top one and a quarter million dollars for what appears to be a typical Arena Football League game. And these players were asking for, basically, gas money on top of what little they were getting. And the owner of the team fired them all and left some of the players to find their own way home.

With what, you heartless bastard? They weren't making any money.

This is the glamour of "professional" sports. It's still about exploiting the labor in order to feather the nest of the owners. Matt Shaner is one cold-hearted son of a bitch. You play for him, you might as well sell your soul at the crossroads, son.