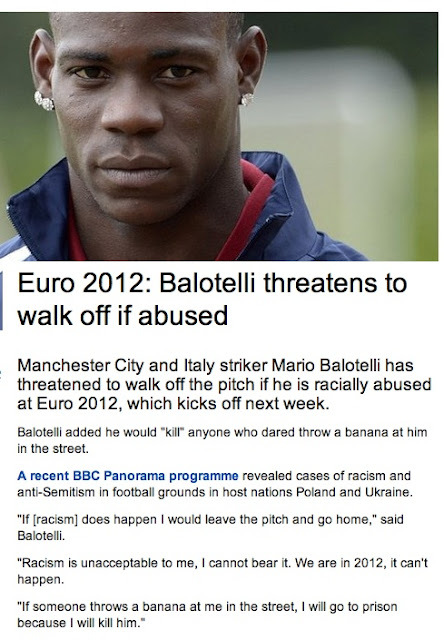 In the United States, where European soccer is relegated to the depths of the sports section, there is a unique opportunity to learn from the racism of other countries. Next week, they will begin playing the Euro 2012 tournament in countries where racism is commonplace when it intersects with sports. Americans should pay attention to what happens because this issue is going to be at the forefront of the 2012 presidential election. What the world sees next week in Poland and Ukraine is going to be very similar to the tribalism of American politics that is already well underway.

Do not doubt what Mario Balotelli is saying. This is not hyperbole on his part. And he is not the only player who is wondering how bad the tournament will be.
at May 30, 2012