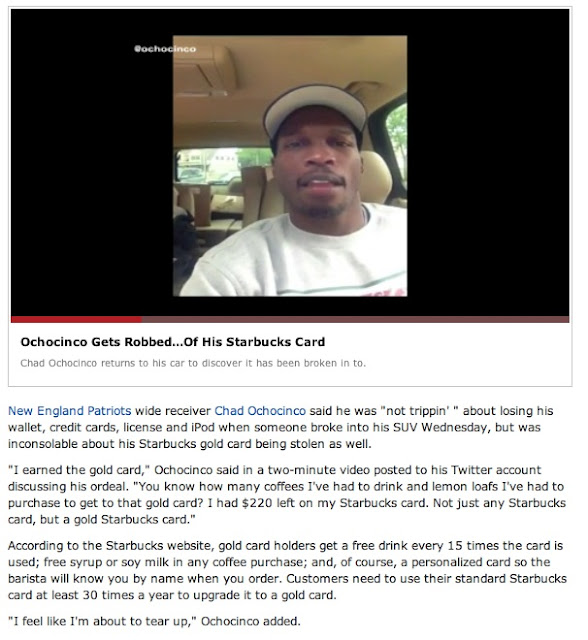 As fun as it might be to watch Chad Ochocinco carp about being robbed, there are two main points here. One, if he has lost his driver's license, why is he behind the wheel of his vehicle? And, two, why would anyone feel sorry for a multimillionaire who has lost a Starbucks gold card?

There are people in this country who would, literally, go under if they lost that much money at once; apparently, it's a social media joke for Ochocinco, who simply has no life skills and no perspective. His agent should have gotten between him and his decision to make light of being ripped off. Granted, this is the off-season, but still. What is this guy focused on? Lemon loafs?

Social media has revealed far too much about far too many professional athletes.
at May 24, 2012