Bill O'Brien Made the Worst Decision in Sports History 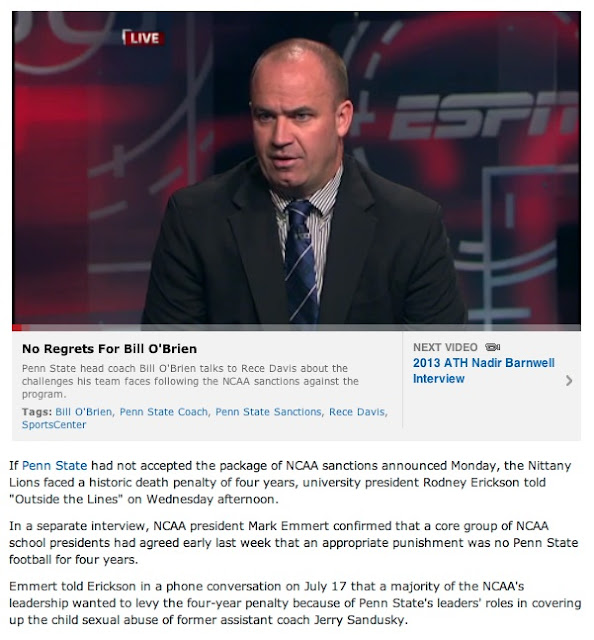 You could make the case that there have been people who have made worse career decisions; I am not buying any of those.

Bill O'Brien made a decision to coach at Penn State that was based on honoring the tradition; he is not a bad man for having done so. But, what we now know is that there is virtually no conceivable way in which Penn State can compete in the Big Ten for the next decade, if not more. The loss of all of those scholarships, and the guarantee made by the NCAA to allow players to transfer without having to sit out for a year, means that the floodgates are going to open and the competitive players are going to start leaving, and soon.

They should have taken the 4-year ban. It would have made a clean break from the past and it would have allowed O'Brien to walk with his dignity intact. Instead, Penn State made a decidedly selfish decision. When the stadium is empty, and when the alumni are staying away in droves, this will be more apparent than ever.