No Death Penalty for Penn State 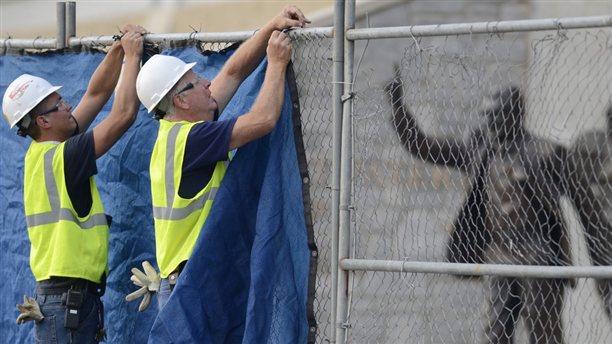 Take the statue down, but keep playing football:

NCAA president Mark Emmert has decided to punish Penn State with severe penalties likely to include a significant loss of scholarships and loss of multiple bowls, a source close to the decision told ESPN's Joe Schad on Sunday morning.

But Penn State will not receive the so-called "death penalty" that would have suspended the program for at least one year, the source said.

The penalties, however, are considered to be so harsh that the death penalty may have been preferable, the source said.

The NCAA will announce "corrective and punitive measures" for Penn State on Monday morning, it said in a statement Sunday. Emmert will reveal the sanctions at 9 a.m. ET in Indianapolis at the organization's headquarters along with Ed Ray, the chairman of the NCAA's executive committee, and Oregon State's president, the news release said.

All of that is well and good, but removing symbols while allowing the Penn State Football program to continue is yet one more example of how money runs college sports. We can thus be spared any nonsense about ethics, values, and doing the right thing. It's all about the power of the Penn State alumni. They scare the hell out of the NCAA and taking away their football would drive everyone around the bend.
But, go ahead. Take down the statue of Joe Paterno and pretend that's all that needs to be done. In a few years, no one will care about those boys anyway.
at July 22, 2012