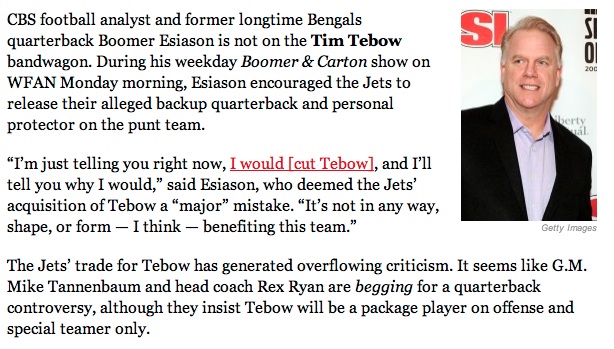 You see, it's all about Boomer. And that's fine. He was a good quarterback; not a great one. Jay Schroeder, taken in the 1984 draft after Esiason, has exactly one more Super Bowl win than Boomer, and you don't see him making an ass out of himself at the drop of a hat, now do you?