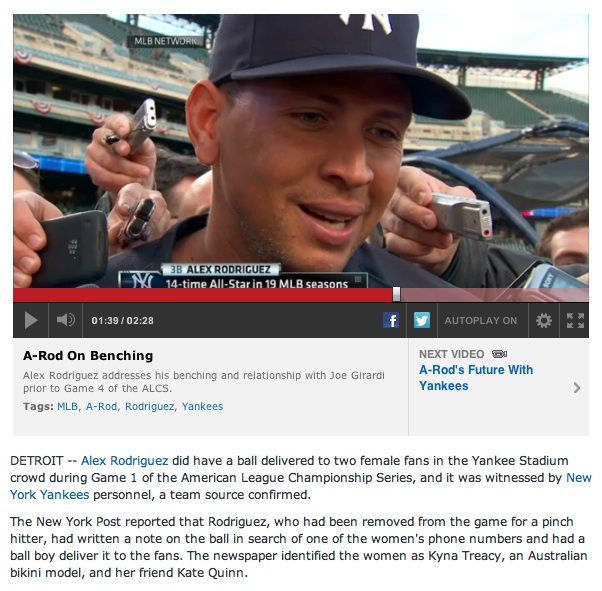 Forget all of this nonsense about whether A-Rod's head is in the game and if he should be out trying to pick up women during a game he's not playing in. That's something players do.

What, is he supposed to sit on the bench with his "game face" on? Is he supposed to twitch throughout the rest of the game on camera, visibly angry about not being able to fly out or strike out yet again? This is about whether or not you're going to keep paying a guy tens of millions of dollars when he's simply not productive in a post-season setting.

My guess is that either he will go or we'll see fresh blood in the clubhouse. A-Rod doesn't care anymore--that's just plainly evident. He never fit in and he was never a New York guy. He knows that, and it just doesn't bother him.
at October 18, 2012