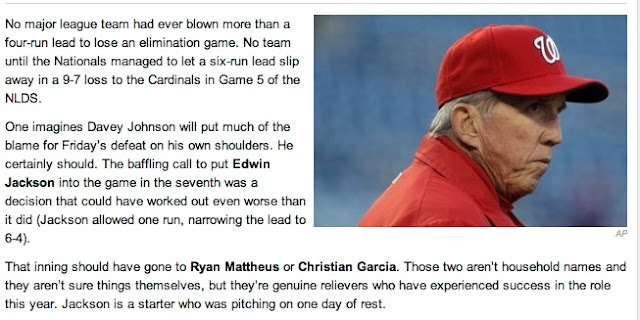 Sure, the players actually lost the game. But Johnson left the game in the hands of players who shouldn't have been playing.

When he failed to lift Gio Gonzalez, I turned off the game. Gonzalez was coming apart, couldn't throw strikes, and looked like he was going to throw a pitch into the stands. But Johnson left him in and that set the tone for the game.

This is one of the worst losses in baseball history, and it falls squarely on Johnson's decision to stick with guys who were floundering.
at October 12, 2012