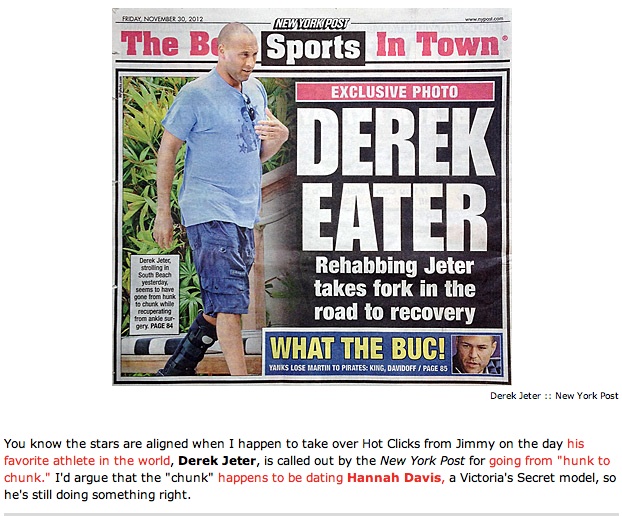 There isn't anything around Derek Jeter's waist that won't disappear after a couple of weeks of spring training. So, I don't understand why the New York Post has to go after him in this way; if Jeter can't perform, he'll retire or he'll get in shape so that he can play. He's been hobbled by a leg brace and he's in the offseason.