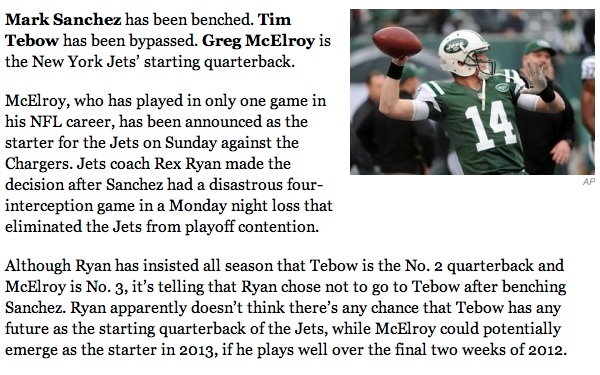 When Rex Ryan is eventually fired at the end of this season, the analysis will come down to one of the most dysfunctional quarterback controversies in NFL history.

The Jets are not an awful team. They are poorly led.

This is a lost season for the Jets and there should be a number of players and coaches who follow Ryan out the door at the end of this season. Should the General Manager go as well? I don't know how you could argue that anyone should hold on to a decision-making position with the organization after this season. But, cheer up.