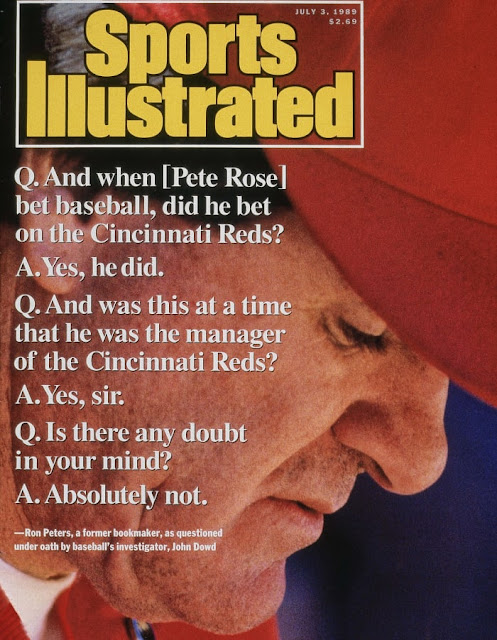 Pete Rose was an unrepentant gambler, a serial liar who has watched the baseball world pass him by. He missed out on making millions and he will never move on from his own failure to understand that baseball is the one game where they will never forgive you for being a sleazy gambler. They'll look the other way if you're a drunk, a wife beater, a serial philanderer and a drug addict. But if you gamble, you're done.

Rose knew this when he bet on the Reds while he was their manager. He knew it in his heart. He knew that he was staring into the face of a lifetime ban and he did it anyway because he was willing to risk the aforementioned millions of future earnings in order to make a few bucks that he didn't need.

The fact that he is not in the Hall of Fame is proof that baseball sometimes gets it right. Maybe after Rose passes we can revisit this argument. But, until then, he should never be allowed near the place.