Rory McIlroy is Terrified of Being Seen With Trump 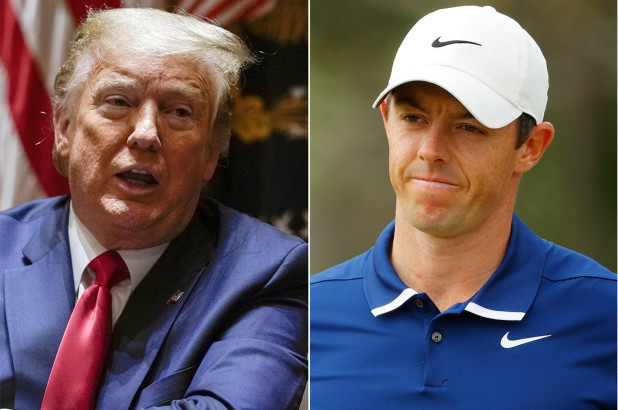 
McIlroy was asked about that round with the president and vowed it would be the last time he’d ever play with Trump.

Asked about that round and the subsequent reaction it elicited, McIlroy said, “Guilt by association,’’ adding, “I haven’t done it since, so there’s one answer to [your] question.’’

McIlroy then indicated he’d been invited to play with the president since but hasn’t. When asked if the reason he hasn’t played again with Trump was by choice, McIlroy said, “Out of choice.’’

The article goes on to let McIlroy weasel his way out of saying anything negative about Trump and still signal to anyone who might give him money for something that he's definitely not one of those MAGA freaks who stands outside of a half-empty arena screaming about Q-Anon.

Really, we should give McIlroy credit for taking the path known to weasels everywhere. Letting him say "what a nice fellow, no I don't agree with him, and I sure won't ever appear in a public place with him again, can't we all just get along" is the normal way functioning adults behave in public in the year of our Lord 2020 when there are promotional considerations and product endorsements on the line.

If Trump were to walk up to McIlroy on a golf course sometime in the next six months, this poor fellow would tear both hammys trying to get away from the cameras.
at May 14, 2020